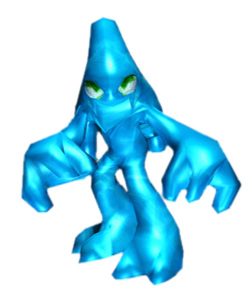 Chaos is a prime example of something peaceful and pure going horribly awry. When Chief Pachacamac leads his tribe forth to conquer the land, he turns to the awesome power of the Chaos Emeralds, against the warnings of his daughter Tikal. In so doing, he angers Chaos, protector of the Chao, who then uses the Chaos Emeralds to transform into his Perfect Chaos form and effectively wipe out the tribe.

Hundreds of years later, Dr. Eggman seeks out the same power of the Chaos Emeralds, but decides to harness the power of the now-corrupt Chaos for his own ends. Stealing the Chaos Emeralds one by one from Sonic and his pals, Eggman provides Chaos with boosts of energy, making him stronger with each battle. The emeralds also warp Chaos’ appearance from the semi-humanoid Chaos Zero stage to the gargantuan water lizard Perfect Chaos form. Near the end of the game, Chaos breaks from Eggman’s influence, going rampant, flooding streets, collapsing buildings, and destroying most of Station Square. 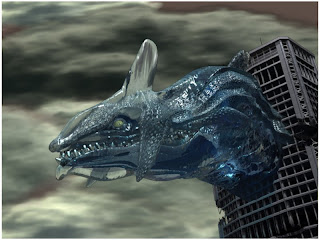 The boss fight against Perfect Chaos was one of the most memorable in the Sonic the Hedgehog series for me. I thoroughly enjoyed the fact that he was rendered in high-definition, with lots more detail in Sonic Generations. A mute force of destruction, Chaos certainly lives up to his namesake.

Aside from the main theme of “Open Your Heart” being used during the final fight against Perfect Chaos, the theme that plays when battling his sixth form is probably my favorite.